Sporting a proud, noble, handsome falcon on your arm is a privilege in Turkey’s East Black Sea region. Consequently hawks have attracted many enthusiasts over the years. 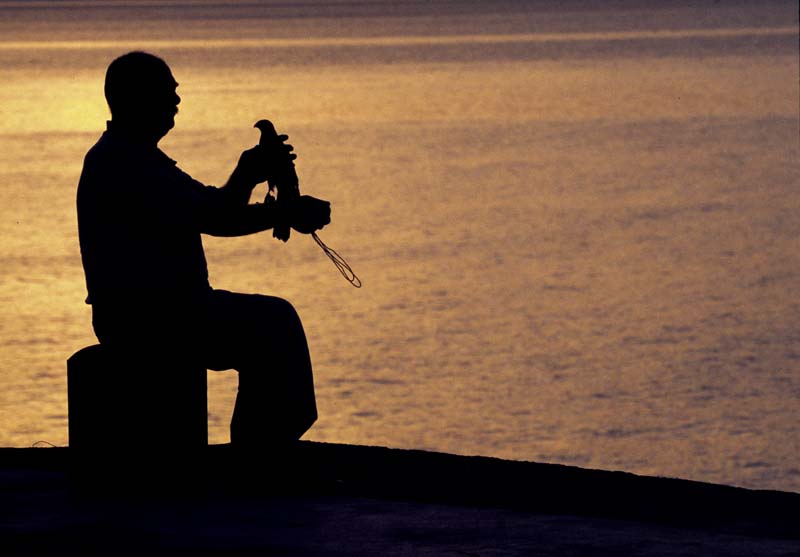 It’s the end of August and the hawk migration has commenced. In Artvin’s Arhavi township, Ahmet is making his final preparations. He is telling me how the red-backed spider, actually a small bird, is used as bait to catch a hawk. “We tie an insect known as a mole cricket and place it in a cage. Because the insect is constantly flitting around, the bird goes into the cage to look for food and is caught.” He was going to train the bird to perch at the top of a 1.5 meter long stick for a few days. It would wait there at the tip of the stick so that hawks flying overhead could see it. During the training session its eyes would be covered in such a way that it couldn’t look up. That way it wouldn’t see the hawk and be startled. Finally everything was all set. We could proceed to the waiting place. 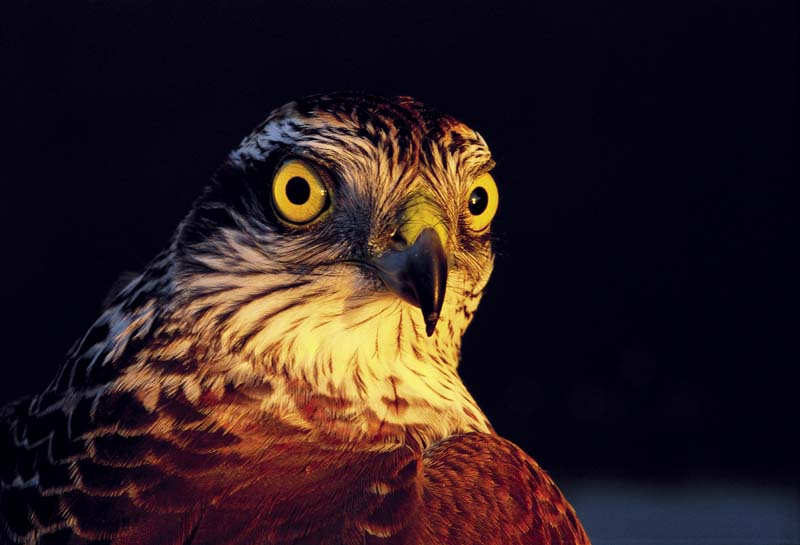 Hawking is a tradition that extends all the way from Rize on Turkey’s eastern Black Sea coast to the border with Georgia, and quail hunting is at the root of it. On a major migration route between Eurasia and Africa, the Eastern Black Sea witnesses intensive bird migrations. Innumerable quail fly over the Black Sea heading south, alighting ennervated in the coastal flats for a brief stopover. At the same time, the migration of the sparrow hawk, a raptor which preys on quail and other small birds, is also under way. The traditional sport of falconry, which continues from the end of August when the migration commences to mid-November, has been practiced for years. 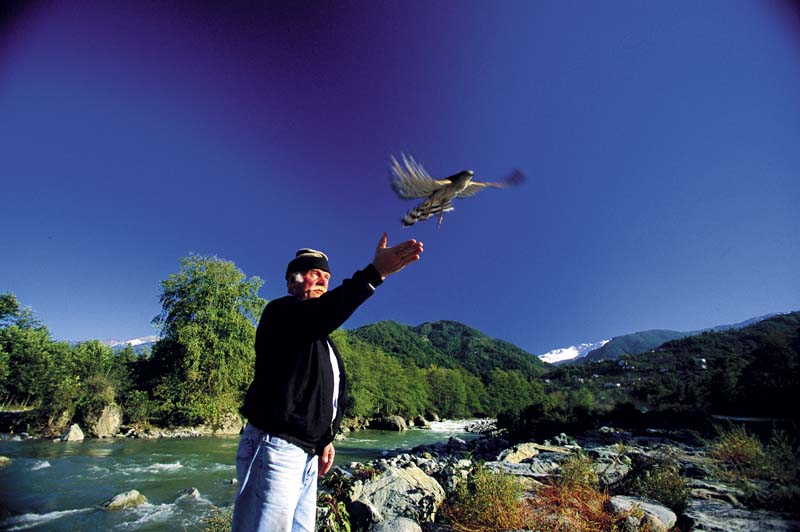 As well as a tail, a beak and powerful claws, sparrow hawks have wings that enable them to execute sudden turns in the forest. The females lay four to six eggs in May. While the mother hawk stands watch over the newly hatched chicks, the father goes in search of food.
We climbed a hill near Murgul with Ahmet Aydınlıoğlu from Arhavi. Arranging some tree branches in a small clearing in the forest, Ahmet prepared a place for us to conceal ourselves. This was a spot often frequented by sparrow hawks during the migration. He spread the net he would use to catch them.

Far off in the distance, the falcons

wheeled in the sky in a current of hot air they’d caught. Flapping their wings a few times in succession before swooping through the air, the hawks were detectable immediately. One appeared in the distance with that unmistakeable flying style. Ahmet quickly wiggled the bird at the end of the stick in front of the net and it wasn’t long before the hawk was captured. Ahmet removed it without harming it in any way. He had caught a young female, because young females are more easily trained. Females are preferred since they are bigger than males and better at hunting quail. Very few hawks can be well trained. It is immediately apparent from its behavior when caught whether a hawk is trainable or not, and if the character of a certain  hawk doesn’t appeal, it is released back into nature.

FALL IS THE SEASON
The quail migration is over at the end of October, spelling the end of the cooperation between hawk and falconer. One day when the weather is good, the falconer releases the red-backed spider bird and the hawk with which he has been together for a few months, and they continue on their migrations.

In 2003 the Department of Nature Conservation and National Parks introduced a set of regulations governing hunting with predatory birds, which is practiced in Africa as well as in many European countries. Under the new regulations, every falconer is required to undergo training, and the number of hawks he can catch in a given season is limited.  In the training sessions falconers are educated about the balances in nature, the food chain and, above all, the function of predatory birds in that chain. 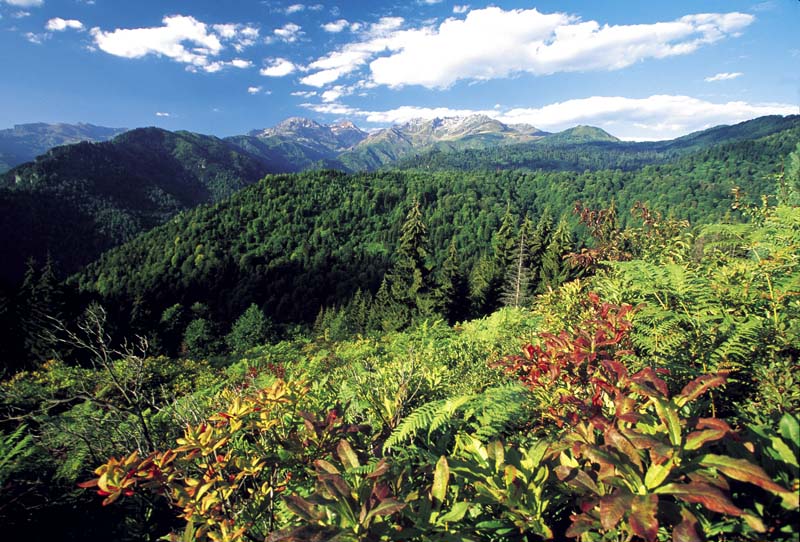 Owning a beautiful and good-natured sparrow hawk is very important to a Black Sea man. When I asked a man from Ardeşen about this, he said, “What? So I should go around with a crow?”, and he emphasized what a noble bird the hawk is. Carrying such a friendly, dignified, proud and handsome bird with attractive markings on your arm and sitting with it at the falconers’ coffeehouse is considered an extraordinary privilege.
Near Arhavi in the village of Kireçli, platforms some 5-6 meters square are set up in the treetops high in the forest and used as places to wait for falcons. Waiting sparrow hawks from such a 7-8 meter high treetop platform, swaying in the wind and with nothing to hold onto at the sides, is not for the faint-hearted like me with a fear of heights. But the aficionados of this sport wait here on platforms spaced some 50-60 meters apart, singing folk songs  back forth to each other when the wait gets boring. 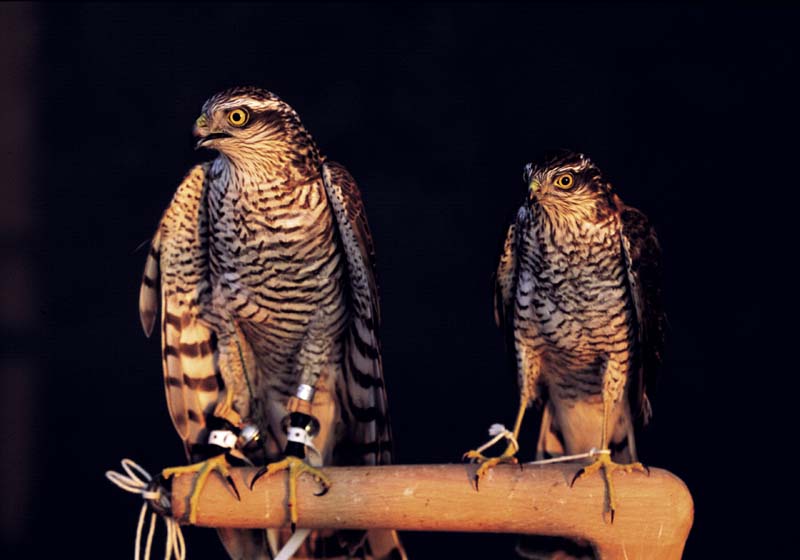 As octogenarian Halim Yılmaz says, “We love hawks more than anything. We don’t eat anything, we feed them. We look after them like our children.” The falconer in the tree across from me has come from Bartin. Another says he’s from Istanbul. They’ve taken their annual vacation and returned to their native province on the first transport available to catch falcons even before paying a visit to their villages. Some men are mentioned who even abandoned their wives on their wedding day to go up in the mountains and didn’t come back for 10-15 days. Such a passion does the sparrow hawk awaken in the Black Sea male…

When I ask Ahmet Aydınlıoğlu how the women view it, he smiles. “In the old days the hawk was a bird that contributed to the family livelihood. But things have changed now. Our daughters, who know what an all-consuming passion hawking is, may be opting not to marry falconers any more. Refik Lakerta, who has headed the Arhavi Falconers’ Society for over ten years, says, “Hawking today means being out in the open with a sparrow hawk on your arm is also a form of respect for our forebears, a way of remembering them.”

WITH ROOTS GOING WAY BACK 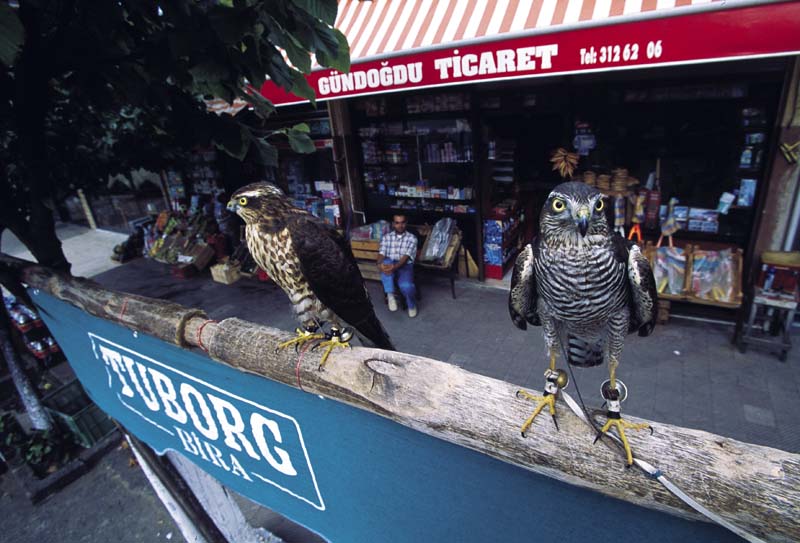 Dr. Oğuz Kurdoğlu of the Artvin College of Forestry, who does research on  the subject of hawking, regards it quite simply as an unquenchable passion and adds, “Predatory birds have been a symbol of countless states and institutions throughout human history, representing power, nobility and sovereignty. With roots going very far back, all the way to 700 B.C., hunting with predatory birds is an autumn sport that has managed to survive despite changing living conditions and legal arrangements. Eagerly awaited every year by falconers, it consists of a series of feverish activities that begin at the end of August and continue to the end of 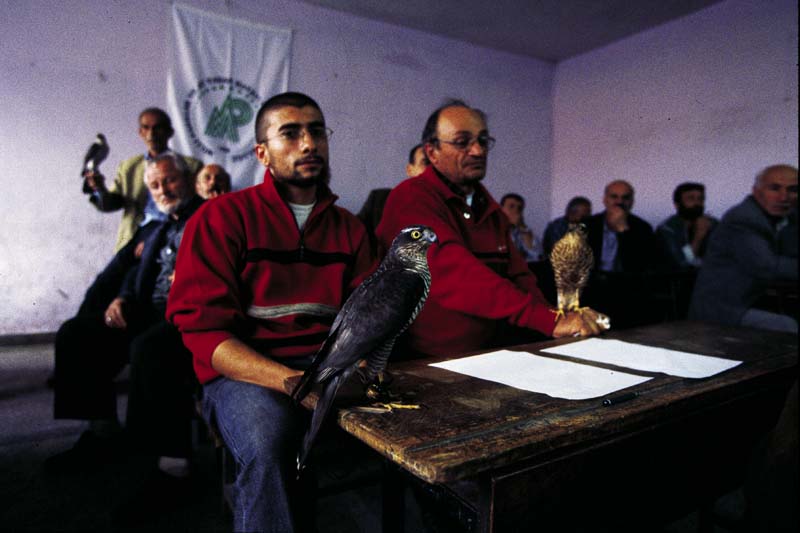 October. So passionate are men about falconry that, among the Caucasian peoples, the Mingrelians have a proverb that goes, ‘Happiness is having a good horse, a dog and a hawk.’ And even if not mentioned by name, hawking preserves its popularity with the local people even today. Nevertheless, all raptors are on the list of species that are protected today by the international treaties to which Turkey is a signatory and by our own national laws, and even though hawking is one of the oldest living traditions, it should only be practiced within the limits of the law.” 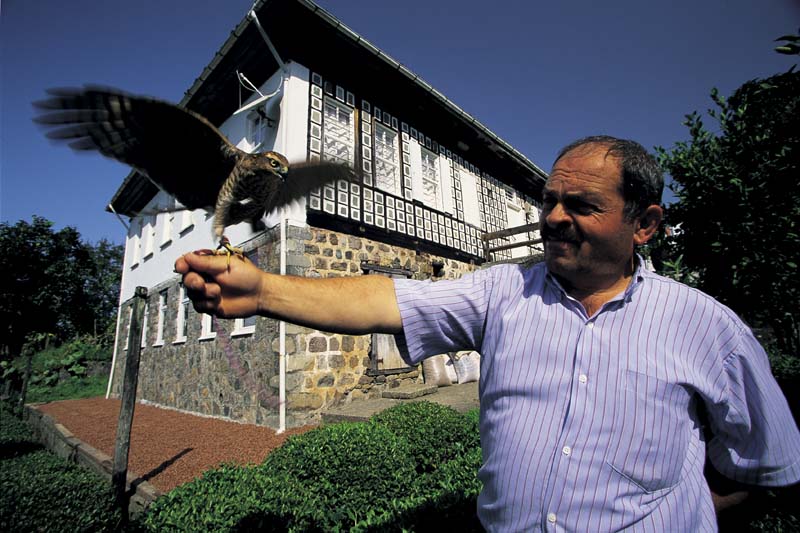 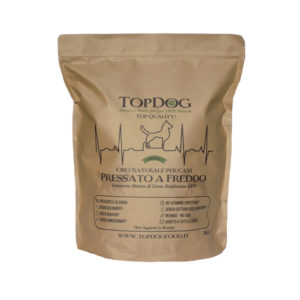 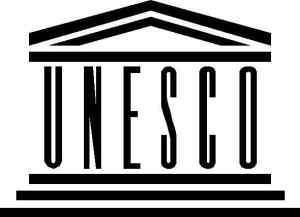